Skip to content
Civility and what’s next? My Concerns.
There is an ongoing debate here in America, that this “new” lack of civility here, mostly coming from the Republicans and directed towards the Democrats, is wrong and something THEY, the Republicans would NEVER DO THEMSELVES!
Hypocritical, for sure, but the Republicans are now the Party of the Hypocritical, say one thing to get elected and then another, once in. Say you’ll fix Health Care and in fact, even IMPROVE it, then, once in office, do the opposite. So the “Pot calling the Kettle Black”, comes to mind.
So back to this “civility “crisis” we seem to be entering, post haste! Democrats, Independents, and Progressives, have crossed the Civility “Rubicon” and not sure where this leads us as a Nation! If this continues to escalate at this same rate as now, there will be blood in the Streets! Think Charlottesville, ALL OVER THE NATION! Or Worse.
In 4 months, Nov. 7th, there will be 30-40% of this Country, pissed off, losers, and beyond frustration. If the “blue Wave wins then the Trump Base will be up in ARMS, literally and the President will encourage them to do so, for this Fake Election! If the Republicans hold the House and Senate, then the Dems and Independents will be in the streets once more, but with torches and pitchforks! How will they express that frustration and can it be controlled before it expands into a true Civil War?
How do we begin to stop this?
Rich Franco 2020

Furthermore, ANOTHER vital issue concerning who is on the Supreme Court or NOT will be this major Constitutional dilemma. Can a President PARDON HIMSELF and WALK! As Trump no doubt will be indicted/convicted, there is also NO DOUBT that he’ll “Pardon Himself” AND THAT WILL END UP ON THE SUPREME COURT’S DOCKET!!! Having a Judge, selected and appointed by the Republicans will no doubt, give Trump a Free Pass and “Do Not Go To Jail Card!”, which in itself, will be ANOTHER INSULT to the American People! 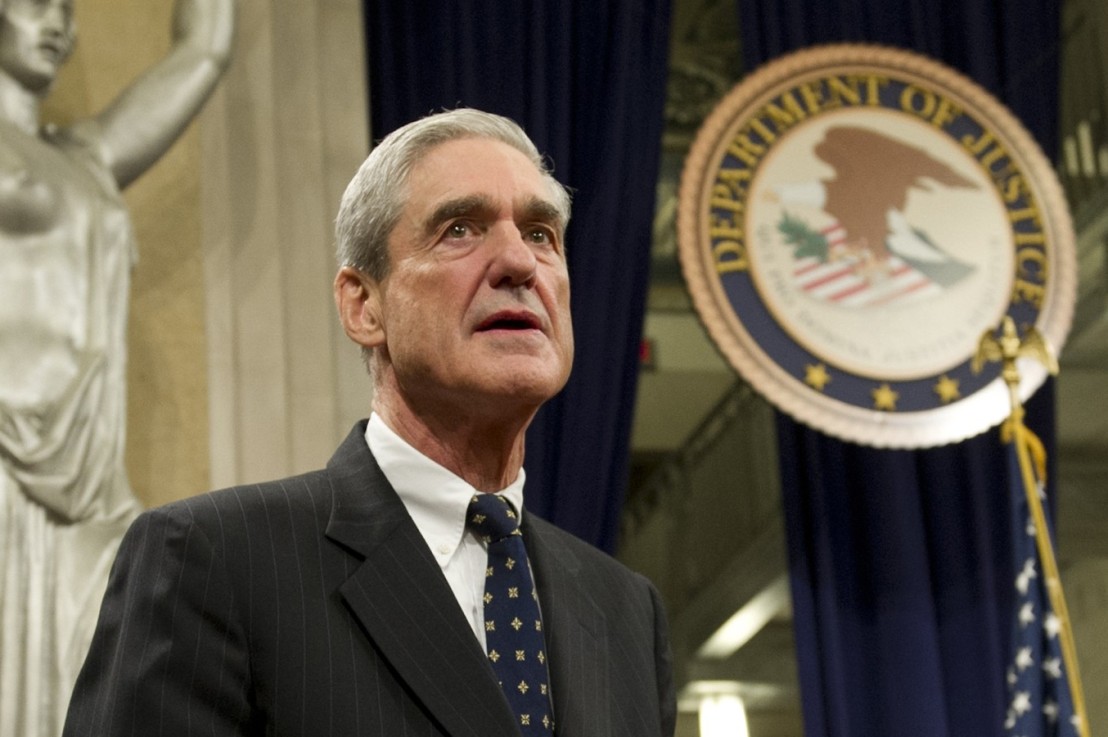 A few months ago, I posted that this coming election would be the most critical Mid-Term Election in Modern History, since WE, The People had an opportunity to TAKE BACK OUR GOVERNMENT and restore our nation back on its correct path.

Now with the announcement of Judge Kennedy retiring from the Bench, it becomes even more important to make sure WE THE PEOPLE are the ones that make the next appointment and the Court doesn’t become a 6 to 3 Supreme Court!

With so many important issues that could be adversely affected by a Trump candidate and then passed by the Senate, things like Gay Marriage, Environment, Education, Health Care and finally, Roe Vs Wade.

But NOTHING will be hitting the Supreme Court that will be more important, then the final report from Robert Mueller and his findings of Trump, Russian Collusion, and Money Laundering and other Crimes committed by Trump, his family, and partners! Trump’s Impeachment MIGHT be the first test that reaches the Supreme Court, but right behind it, will be Trump’s indictment and arrest and that will lead to Trump calling this “FAKE NEWS and LIES” and will denounce any legal findings of him and his family and will refuse to leave the White House!!!

This is why it is CRITICAL that we don’t have a 6-3 Supreme Court, which will side with Trump and the Republicans!

It is beyond imperative that every American VOTES this November 6th and the BLUE WAVE washes out the bad Congressmen, on both sides and WE THE PEOPLE take back our Government!

In Thursday’s Orlando Sentinel Edition, 4/7, there is a small article about the Police shooting in Baton Rouge, LA., and the decision of the Justice Dept. to NOT bring charges against the officers who fatally shot Alton Sterling on July 5th, 2016. This story was buried on page 6, not where it should have been, which is on the front cover. Instead of, say “Tree Crew Rescues, Reunites Woodpeckers.”

Read “Curbing Excessive Force: A Primer on Barriers to Police Accountability”, a briefing paper released in April by the American Constitution Society, and you will see that police in America are literally getting away with murder. In 2015, approximately 1,080 people were killed by the police, according to the Justice Department (The Guardian newspaper puts the number at 1,146). Bad enough, but here’s where it gets worse.

Since 2005, ONLY 54 officers have been charged in homicide cases and ONLY 13 officers have been convicted of murder or manslaughter, according to data collected by Bowling Green State University. Of those 54 policemen, 21 have been acquitted and the remaining cases are pending.

“The high acquittal rate is perhaps even more troubling given that in
80% of these cases, one of the following occurred: there was a video recording of the incident, the victim was shot in the back, other officers testified against the shooter, or a cover-up was alleged.”

Not done yet with bad numbers. What is NOT stated here, is the total, the Grand total from 2005 to 2015. Let’s just estimate some numbers. Based on the research I’ve done so far, these shootings haven’t just ramped up, but have been steady over the last decade or so. So, for argument’s sake, lets take 1,000/year. That means between 2005 and 2014, 10,000 shootings/killings here in the United States, by cops and out of 10,000 or so, 13 OFFICERS HAVE BEEN CONVICTED! And out of these 10,000 killings, ONLY 54 officers have EVEN been criminally charged! Does this in itself seem “criminal”? How can this be? Why don’t we, as Americans know this stuff? Why isn’t this being reported? What can we do about this?

Well as subscribers, we can DEMAND from our News source that their reporters and editors investigate this crime and begin to hold Police accountable and the Justice Dept accountable too.

Just yesterday, the Justice Dept. announced that it will not be bringing charges against the police officers who shot and killed Alton Sterling in this past July. People wonder why the Black community and the broader white community, no longer trusts local Law Enforcement, with obvious laws being broken, by the police themselves, police unions and the Justice Dept?

What can we do? Well here’s my suggestion. Have Congress pass a law so if there is ANY doubt how a civilian was shot and/or killed, the PRIMARY LEGAL Review will be made by the Community leaders and members. Not Police, Police Unions or the Justice Dept.

When cops, bad cops, under-trained cops or nervous cops use their weapons, illegally, knowing the odds are WAY in their favor, guns will be used more often and more shots fired. If on the other hand, these cops know they will first face a “Tribunal” made up from the community they serve and not be protected by the “Blue Wall”, things will change and change overnight!

We’ve tried the “other system”, allowing cops to “investigate” crimes done by other cops and we now know what those results will be. It’s time to remove the “wall of protection” of cops protecting other cops, the foxes guarding the hen house, if you will so that police who commit these crimes, must face the people in the community that they are paid to “Protect and Serve”. Now is that time!

Just finished the movie “Stonewall”, about the early days of Gay Liberation and the brutality of cops in NY and how one night, changed the World! Today, mostly, Gay rights is expected and allowed. 77 Countries still have laws against homosexual activity and some, where Trump is visiting, include death.

I wish I could watch a movie tonight, about the days when racial hatred was finally defeated and was a thing of the past!

No movies and really no National movement! Black men are dying and being killed by cops, all over America now and yet, we accept this! Tulsa just released a woman cop, that shot and killed a black man, who had just been tazed and was laying on the street! This racial “thing” is still here in America and supported by our Government!

If I was wrong about this, many more cops would be convicted and sent to jail, but the numbers show, 1,000 black men, unarmed men are killed every year, by cops and only one out of that number, will face jail time! Tulsa should be the LAST CASE WE EVER SEE!

Gay Rights happened because there were MANY WHITE GAYS and we should face that fact! If the Gay movement was made up of mostly blacks, what do you think the result might be?

Last night on Vice News, they discussed deportations and incarceration of illegals here in America. ICE, has a goal to maintain, certain number of arrests and in years past, people coming through the borders, illegally, were enough to meet those goals. Now with Trump, far fewer people are coming across the border, so ICE needs to look elsewhere, than just the border.
According to news sources, arrests are up 42% now, since Trump took office and then the number of people that are being deported and/or detained WITHOUT criminal records, is up 156%!!! From 4200 to over 10,000 fathers,mothers, siblings and others, and again, another lie from Trump, who promised during and AFTER his campaign, that he would only deport/detain “Bad Dudes”.

Thanks to Trump and his thugs, the word “compassion” has now been removed from the description of America.

“FEAR” has replaced that word!

Mistakes! I am haunted at night, usually very late at night, laying in bed and thinking about past mistakes I have made,many, like everyone, but feel mine are more important to me. Which they are not, but at 3:38 a.m., seem important. This is a very selfish endeavor and not enjoyed, but seems to be a thread in my life. If I had done this or had done that or hadn’t done something. Tried harder, tried less. It’s part of being human. And from what I’ve been told, I’m human.
Last week, while working in the yard and listening to NPR and one of the great segments they have, everyday, heard the story of a man that made a mistake, a pretty big mistake and one that few know about or have ever heard about.
His name is Donald Rusk Currey and he made a mistake. I won’t go too much into specifics, but in 1964, August 6TH, as a graduate student, got permission to cut down a tree, a Bristlecone pine tree, to study. He knew it was old, very old, but with permission from the U.S. Forest Service, he cut down this tree. Later, after studying this tree, it was determined that this tree was the OLDEST LIVING ORGANISM on the PLANET! 5,062 YEARS OLD! THE OLDEST LIVING THING ON THE planet AND HE CUT IT DOWN! BAD stuff, huh!
SORTA PALES on our screwups! We have now in America, probably about 10-20 MILLION voters that wished they had voted differently now, with Trump in the White House and for good reason.
We ALL need to begin to think that mistakes were made and there are ways, unlike the oldest tree/organism in the World to recover. We can’t dot his alone and we need our fellow Americans, that made a mistake, to swallow hard, admit that mistake and then CORRECT IT!
We seem to have an opportunity coming soon to do that and I hope that people, WE,THE PEOPLE, accept that mistake. on both sides and work together to fix that mistake!
https://en.wikipedia.org/wiki/Donald_Rusk_Currey
Rich Franco

This is a text widget, which allows you to add text or HTML to your sidebar. You can use them to display text, links, images, HTML, or a combination of these. Edit them in the Widget section of the Customizer.
Rich Franco "Here's what I think"
Create a free website or blog at WordPress.com.